Today’s Irish Times has tragedy, comedy and something “tragicomedic”  in between.

Let Malcolm take them in order of importance.

Yes: it went into the dictionary:

Ireland, which enriched the English language with the word boycott, has invented a refinement of the term. The new word: fethardism, meaning to practice boycott along religious lines.

The most cathartic of those three dramatic distinctions involves the sad story of Sheila Cloney of Fethard-on-Sea.

For anyone of certain years (perhaps a few more than Malcolm yet possesses) what happened in Fethard, in 1957, summarised much that was wrong with Éamon de Valera’s Ireland.

Sheila Kelly, born and raised a Protestant, married Seán Cloney in London. When they returned to Ireland they ran up against the local parish priest, Fr William Stafford, who told her, apparently quite forcibly, that the children of the marriage would attend the local “Catholic school and there’s nothing you can do about it”.

Well, there was. Mrs Cloney took her herself and her children to Protestant Northern Ireland (and subsequently all the way to Orkney). Eventually, the Cloney children were home-schooled.

Meanwhile, Fr Stafford called for (and got) a boycott of all local Protestant businesses.

This was one of the most poisonous moments in Irish inter-denominational relations. And, today, Michael Parsons notices Sheila Cloney’s passing.

By comparison today’s Irishman’s Diary is Wesley Boyd (a political journalist of the premier cru and, later, Head of News at RTÉ)  burnishing his well-deserved pension pot.

Boyd (who would bustle down those steep steps from the Irish Times newsroom as the young Malcolm tripped nervously and over-ambitiously upward) runs together four superb anecdotes. In sequence:

The car started and Gerry escaped arrest. The potato rising had failed and The Cause was lost again.

One night I was in the Pearl having a pint with Frank Cluskey, who became leader of the party in 1977.

We were joined by Michael O’Leary who was to succeed Cluskey as leader in 1981 before defecting to Fine Gael a few years later. After comparing notes on their respective campaigns O’Leary announced that he had encountered Michael O’Riordan, veteran of the Spanish civil war and leader of the Irish Communist Party, on the street outside. “I always had a great admiration for that man,” he told us. “I slipped him a fiver for his campaign.”

“And how much did you donate to my campaign?” inquired Cluskey with mock innocence. “I need all the money I can get for my own campaign,” said O’Leary. “And so do I,” shouted Cluskey. “That f…… O’Riordan is standing against me in my constituency and you’re supporting him with fivers. The national executive will hear about this in the morning.” It was the start of a long period of bad blood between the two campaigners.

Mick O’Riordan stood in every election in Dublin South-Central. For the Irish Workers’ Party (not the CPI, though the distinction was one of name only). He regularly got something like 318 votes (which then, obediently, transferred to Cluskey. The IWP tellers would be able to say, “Ah, but so-and-so is in hospital” down to the last singleton. Between elections, Mick drove Dublin buses and helped Johnny Nolan run the Red Shed at 16 Pearse Street.

And, ah!, the Pearl Bar (now lost and gone forever)! Rough as a badger’s bum.  If it wasn’t happening there, the action was in the Palace, (grossly misnamed) across Westmoreland Street.

This one may need to be read aloud. It involves re-possession of properties, to the total of 54,  by banks and mortgage lenders, in the Dublin High Court’s chancery summonses hearing: 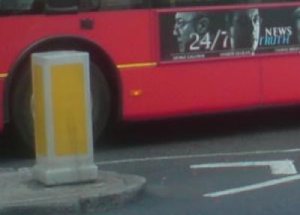 Andrew Gilligan has had it rough these last few years.

Perhaps deservedly; but Malcolm, like Edmund’s gods, will Stand up for bastards!

But, the ultimate irony! To get a full facial on the side of a bendy bus! To give up St John’s, Cambridge, for this!

Oh, thank you! Thank you, Tory Troll! Yours is a small but kindly, cheering deed in this cold, cold world!

Getting under the skin

Is it OK to admit growing respect for Mike Tuffrey, the GLA LibDem? He seems to be doing a creditable job on London’s racketty mayorality.

Here he is, a month ago:

“It is bitterly disappointing that after seven months of negotiation we discover that the Mayor has fallen so far short of his key pledge he made to Londoners.

“A year ago the Mayor promised that he would actually deliver 50,000 more affordable homes within three years. The Mayor has not even reached an agreement for half of the new homes he promised would be built.”

The TfL Property Development Strategy team have identified surplus land on which some 7,000 residential homes could be built.” (page 9  of the Johnson Housing Manifesto)

The LDA owns 318 hectares of surplus land suitable for residential development which they estimate would provide 32,000 new homes. (page 10, ditto).

Well, there’s 80% of the promise already ready to go: so, going into month 14, where’s the delivery?

In recent days, Tuffrey has taken aim at the Ian Clements debacle:

“Ian Clement’s resignation was inevitable but three fundamental questions still need to be answered by the Mayor.

“Firstly, over a period of nine months Ian Clement repeatedly broke City Hall rules about personal spending. Why did Boris Johnson allow this to take place?

“Secondly, is Boris Johnson still allowing his senior staff to bill taxpayers for taking each other out to lunch and dinner?

“Third, will Boris Johnson now agree to publish the full expense details of all of his senior staff? Only this step will allow the public to judge what type of regime the Mayor is really running at City Hall.”

That was followed up with:

“Since March 2009 the Mayor has been personally responsible for approving the expense claims of his Deputy Mayors.

“Serious questions remain about why Boris Johnson personally approved these claims, when staff knew there was a history of irregularities. The Mayor now needs to come and explain himself to the Assembly.

“Attention also has to turn to scrutinising the thousand of pounds in other expenses that Ian Clement has claimed, but which do not appear on the GLA’s corporate credit card statements.

“For the future, there must be line-item disclosure of individual expense claims for the Mayor, for all mayoral advisers and Assembly Members, on-line and available to the Audit Committee.”

There seems no way Johnson can climb out from under that particular train-wreck. He apparently assumed, but did not specifically order the withdrawal of Clements’ card last August. Ignorance may be bliss; but Johnson was regularly and personally endorsing further financing of Clements’ boozing and canoodling up to the last week. And Johnson’s “excuse”:

Sir Simon [Milton] replied that the Mayor could not be expected to “check every heading” that he signed.

Even allowing that, as Val Shawcross has it, Johnson doesn’t “do detail”, it all sounds like a variant on the Eichmann Defence.

Kudos to Tuffrey and all others driving the nails in and the message home.

Those Reds get everywhere! 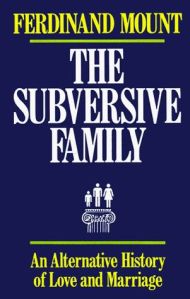 This is hardly Malcolm’s usual fare, but he was caught by the opening paragraph:

As Fred Perry came back into the dressing room after becoming the first Englishman to win Wimbledon in twenty-five years, he heard a club official murmur to his opponent, Jack Crawford: “The better man lost”. Crawford, a popular, easy-going Australian and the outgoing champion, was given a bottle of champagne. Perry claimed that he was left empty-handed. The All-England Club members’ tie, automatically awarded to the new champion, was left unceremoniously draped over the back of a chair, as though nobody on the committee could actually bear to present it. When Perry turned professional in 1936 after retaining the title for the next two years, his membership was immediately withdrawn, with almost audible relief exhaled from blazered breasts.

It was mostly a question of snobbery and class hatred, twin contagions which had their epicentre in SW19. Perry was not forgiven for having gone to Ealing County School rather than Rugby or Repton, or for his father having been a Labour MP. Sam Perry was the most upright and honourable man imaginable. He started work in a Cheshire cotton mill at the age of ten on a shilling a week, devoted his life to the Co-Operative movement and declined a peerage. Yet even this patriotic and moderate-minded public servant had to put up with Young Conservatives in dinner jackets yelling at his election meetings, “Which flag do you stand for, Perry, the red flag or the Union Flag?”.

There is a small extra frisson when one remembers that Sir William Robert Ferdinand Mount ran Margaret Thatcher’s policy unit for a while (he was too “wet” to be tolerated for long), and wrote her Manifesto for the post-Falklands khaki Election of 1983. To keep things in the Old Etonian family, Mount’s cousin is mother of a certain David Cameron.

The whole review is on-line. It is pointedly titled At least he won. It is also well worth the trip.

Now, Malcolm, about that book-cover at the head of this post.

That’s not a cheap crack of a comment, surely?

The wit and wisdom of Iain Dale (part 93)

As if to underline the point Malcolm made in his previous post, here comes Iain Dale:

Sarkozy says Burkha is not welcome in France

When I first saw this headline on ConservativeHome earlier today, I must admit I wondered what John Bercow had ever done to offend the French President… More haste, less speed, as my mother used to say. I always thought that was a ridiculous expreshun.

Oh, and look! He was so taken by his own … something, he had to twitter it:

Such larks! Such overpowering intellect. Laugh? We nearly opened the second bottle in desperation.

To which should be appended a comment from one of Malcolm’s Tory Party acquaintances:

Whenever you have a conversation with Dale, he’s always looking over your shoulder to see if there’s anyone more important in the room.

Nothing in the making of the new Speaker so undid the Tories as their reaction thereto.

Compared to Gordon Brown’s workmanlike, even witty little frolic (well, it got the laugh), Cameron’s was forced out between clenched teeth. It went well with the crude, even brutal job of work being done, over recent days, by the Tory ultras through their cybernet conspiracy. It belonged, as Cameron’s earlier utterance did, to the urinal.

Even Cameron’s small tendril of congratulation (“first Speaker of the Jewish faith”) came with thorns attached. It was an uneasy reminder that the Tories have just climbed into bed with the anti-semitic, anti-gay, all-purpose bigots of Euroscum. It demanded the obvious connection — yes, Mr Cameron, some of my best friends are indeed Jewish:

I understand your objection,
I grant you the problem’s not small:
But if you could see her through my eyes
She wouldn’t look Jewish at all.

Above all, as long as the likes of the flatulent Nadine (“Not in my name“) Dorries are fostered and garlanded on the Tory Benches, there is little likelihood of Tories escaping their deserved nasty reputation.

Malcolm has repeatedly compained, here and elsewhere, about the ego-embroidery that serially appears through his letter-box.

The ego in the frame is that of Lynne Featherstone, LibDim MP for Hornsey and Wood Green.

What has rendered Malcolm splenetic is the discovery that those LibDim/Featherstone pufferies have apparently been financed on the back of the unknowing tax-payer.

Refer to the expurgated expenses claims and a whole series of orders for publicity materials appears, along with delivery invoices. One or two look as if party political business was being put in the way of the LibDim central machine.

Even the door-to-door delivery was at the expense of the tax-payer.

From rip-off to recycling bin at considerable expense.

Yet Featherstone is hailed by the Telegraph as a “saint” for not having fiddled a second-homes allowance. Well, since Highgate is a downhill stroll to Westminster (and, yes, Malcolm has done it: once on foot, many times by cycle), that would be a difficult trick to pull.